If you travel in a plane with a designated route on automatic pilot, the plane will arrive at the designated destination because you programmed it to do so.

If in any given moment you decide to change the route, it’s necessary to deactivate the automatic pilot to program a new destination.

The mind works the same way. If the automatic pilot is programmed with suffering, drama, limiting beliefs, competition, judgment and the other information controlled by the ego, the unavoidable destiny will be situations that do not generate satisfaction, peace or good results.

These results are going to be dependent on the automatic, instant and unconscious reactions generated as an effect of this programming.

To prevent it from occurring and to change the route of life towards a space of greater satisfaction, permanent peace, and great results, it’s necessary to:

Then what arises automatically will be a result of conscious actions.

In order to reroute it’s necessary to have the right information and to achieve this, all thoughts must be voluntarily directed towards higher frequencies: positive thoughts, Love (or loving?) thoughts.

When you’re flying a plane, the route doesn’t change instantly; it takes time to do a slight curve. The same happens with thoughts. It needs to be driven and sustained during a window of time long enough for the mind to reprogram and recondition itself and, from there, it becomes automatic but from a very superior dimension

Thoughts activate the mental coding, trauma, and values of each person, and the experiences we live every day are determined by the routing of these thoughts.

Thoughts held in high frequencies can completely modify the mental structure and therefore the limiting personality of the ego.

If somebody changes their way of thinking, the mental structure rearranges itself to a new way of thinking. This doesn’t happen instantly. It happens after holding a thought for a while.

The moment we are driving our thought, we are doing an active meditation, and if we also keep our body still, we enter a form of passive meditation, where the body, being still, does not interfere in other dimensions, which allows us to get out of conflictive planes and enter into planes of light.

A voluntary, directed and sustained thought generates a new personality, which entails removing any root originating the “problems” of the previous personality.

How much time do you spend daily holding voluntary thoughts?

Reprogram your mind with wise thoughts and train yourself in the art of experiencing the conscience of the present. This way, step by step, you’ll be opening communication channels with higher dimensions and frequencies and, of course, experiencing a fuller life.

A voluntary, directed and sustained thought generates a new personality, which entails removing any root originating the “problems” of the previous personality.

The humble wise vs. the big ego 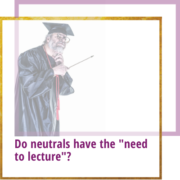 Do neutrals have the “need to lecture”? 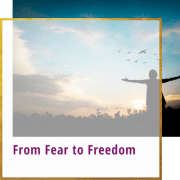 From Fear to Freedom 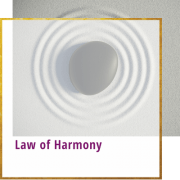 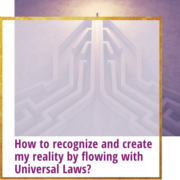 How to recognize that I create my reality by flowing with universal laws? 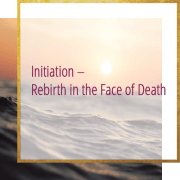 I know where you’ve been
And the drama you live,
Because I was there too
And know it feels real.
About Ana

Ready for change but don’t know from where to start?

There is an Essential Formula. Watch Now a FREE COURSE to decipher 5 powerful conscious shifts that transform your journey from Chaos to Flow.

Universal Keys to Build a Happy Couple
Scroll to top

This site uses cookies. By continuing to browse the site, you are agreeing to our use of cookies.

We may request cookies to be set on your device. We use cookies to let us know when you visit our websites, how you interact with us, to enrich your user experience, and to customize your relationship with our website.

Click on the different category headings to find out more. You can also change some of your preferences. Note that blocking some types of cookies may impact your experience on our websites and the services we are able to offer.

These cookies are strictly necessary to provide you with services available through our website and to use some of its features.

Because these cookies are strictly necessary to deliver the website, you cannot refuse them without impacting how our site functions. You can block or delete them by changing your browser settings and force blocking all cookies on this website.

These cookies collect information that is used either in aggregate form to help us understand how our website is being used or how effective our marketing campaigns are, or to help us customize our website and application for you in order to enhance your experience.

If you do not want that we track your visist to our site you can disable tracking in your browser here:

We also use different external services like Google Webfonts, Google Maps and external Video providers. Since these providers may collect personal data like your IP address we allow you to block them here. Please be aware that this might heavily reduce the functionality and appearance of our site. Changes will take effect once you reload the page.