I saw a fish at the bottom of the ocean, shaking.

Was I dreaming? No, I was meditating.

And this revealing vision has been with me since 2011.

I see that fish, desperately moving … believing it was going to be eaten by a nearby shark.

A lot of sand moving.

The more the fish moved, the cloudier and more chaotic the environment became.

More sand was coming up. Now the fish was no longer able to see what was happening.

Its fear created a big storm by moving and shaking.

And this attracted the shark’s attention.

In this cloud of sand, the fish became paralyzed.

As it stopped moving, the sand settled down. The water became clear and the fish was able to have a broader vision to allow it to choose freely which direction to take.

In this calmness, the shark went its way.

Isn’t it enlightening to know that our paths can clear when we are in a state of Total Presence?

Any pointy issue can be calmly addressed while being in this state.

Ready for change but don’t know from where to start?

THERE IS AN ESSENTIAL FORMULA

All that is emitted acts, reacts and returns. All that is attacked defends itself. All that pleases is accepted. 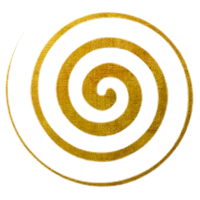 My fears and resistance create more chaos. A state of Total Presence expands my vision, connects with my deep purpose, enlightens actions.
I can only take 100% responsibility for my own decisions.
I have the choice to create the reality I desire.

Listening to my Soul’s Call

This site uses cookies. By continuing to browse the site, you are agreeing to our use of cookies.

We may request cookies to be set on your device. We use cookies to let us know when you visit our websites, how you interact with us, to enrich your user experience, and to customize your relationship with our website.

Click on the different category headings to find out more. You can also change some of your preferences. Note that blocking some types of cookies may impact your experience on our websites and the services we are able to offer.

These cookies are strictly necessary to provide you with services available through our website and to use some of its features.

Because these cookies are strictly necessary to deliver the website, you cannot refuse them without impacting how our site functions. You can block or delete them by changing your browser settings and force blocking all cookies on this website.

These cookies collect information that is used either in aggregate form to help us understand how our website is being used or how effective our marketing campaigns are, or to help us customize our website and application for you in order to enhance your experience.

If you do not want that we track your visist to our site you can disable tracking in your browser here:

We also use different external services like Google Webfonts, Google Maps and external Video providers. Since these providers may collect personal data like your IP address we allow you to block them here. Please be aware that this might heavily reduce the functionality and appearance of our site. Changes will take effect once you reload the page.